Tools for School sees a record 15,500 requests for school supplies due to economic crunch and more newcomers settling in the Alberta Capital Region.

For many of us, summer means fun, sun, and a chance to relax. For others, summer means stress as back-to-school shopping puts pressure on a family’s already tight budget. Families shouldn’t have to choose between school supplies and putting food on the table. But with your donations, United Way of the Alberta Capital Region can help.

In the Edmonton region, the need for school supplies and backpacks is greater than ever.

For nearly three decades, United Way’s Tools for School has been there to help families and kids access the supplies they need to be successful in school. And every year, United Way has been able to fill each request.

But with demand exploding this year, for the first time ever, we might not be able to ensure every kid starts the school year on an equal footing.

We’ve seen a steady increase in needs from schools across in the Edmonton area in recent years. Families are stretched thin due to the socioeconomic ripple effects of the pandemic, and our region is also facing an influx of newcomers and refugees seeking a new start.

The demand this year far surpasses what we anticipated when the Tools for School campaign began in June, explains Suzi Medhurst, United Way’s Program Lead for Engagement Delivery.

“To date, we have over 15,500 backpacks requested. We’re experiencing a shortfall of 5,000 that we urgently need to fill before September,” she says.

Donate online today to help reach our goal and make sure every student has a strong start. One World…One Centre is Edmonton Catholic School Division’s (ECSD) centralized newcomer support service. One World…One Centre’s manager Karen Fabris explains how overwhelming the settlement experience is for families, and how the Centre aims to make things a little bit easier for them.

“Everything is new [for our families]. New climates, new customs, new traditions, new food, new rules, new schooling, and new curriculum. And then, you add an unknown language on top of that…I admire the courage it takes to make a new start like that, because it’s very challenging,” Karen says.

Every newcomer family that is interested in enrolling their children at an Edmonton Catholic School comes through One World….One Centre to receive support with registration, English language assessments, and to be guided through the division policies.

And each student leaves with a Tools for School backpack, which checks off one item on the family’s to-do list.

“To those donating or volunteering with Tools for School: I wish you could see the impact these backpacks have for our students,” says Karen.

“They’re going to school prepared, and they aren’t worried about having to put up their hand to say they don’t have a pencil. Tools for School gives them that dignity. Students are very proud of that.”

For the most part, ECSD sees families coming from countries that have large Catholic populations, such as the Philippines, Eritrea, Ethiopia, and many South American countries. As well, they see newcomer families who speak the languages offered through ECSD’s bilingual programming, including French, Spanish, and Ukrainian.

They anticipate suppling 1,500 students with backpacks during the 2022-2023 school year, including many families who are fleeing from the war in Ukraine.

“We have four schools that offer Ukrainian bilingual programming. Students from Ukraine are able to be immersed in an environment where others not only speak Ukrainian but celebrate Ukrainian culture. That is such a comfort for these families,” Karen says. Tackling the root causes of poverty isn’t something that one organization can do in isolation. That’s why, in addition to our supporters, United Way works with governments, schools, other non-profits, and businesses to make lasting change in our community.

Staples Canada has been a long-time corporate sponsor of Tools for School. Every year, local stores host drop-off bins, ask for donations at the till, and provide United Way with a discount so monetary donations can go even farther to support students.

“Staples was even the first group in this year to volunteer for Tools for School. They were so excited to come in; they’re so invested in making sure kids have the tools they need,” Suzi shared.

In fact, because of this partnership with Staples, a monetary donation is the easiest way and fastest way community members can support Tools for School.

For just $42, you can provide a student with a backpack full of supplies.

A new partnership for United Way this year is with Unbelts. The local belt brand pivoted to mask-making during the pandemic, and recently donated thousands of masks to United Way.

As COVID-19 continues to impact students and their ability to attend school, we’re including Unbelts masks alongside notebooks, pencils, and binders in the Tools for School backpacks.

“As a values-driven business, partnering with United Way is a really exciting way for us to distribute our cloth masks to the families who need them most.”

“We’re a team of parents who want the best for our kiddos and their classmates. We know there are families in our community whose budgets are tight, and we’re going into the school year knowing masks are an effective way to keep each other healthy,” explains Unbelts CEO Claire Theaker-Brown. 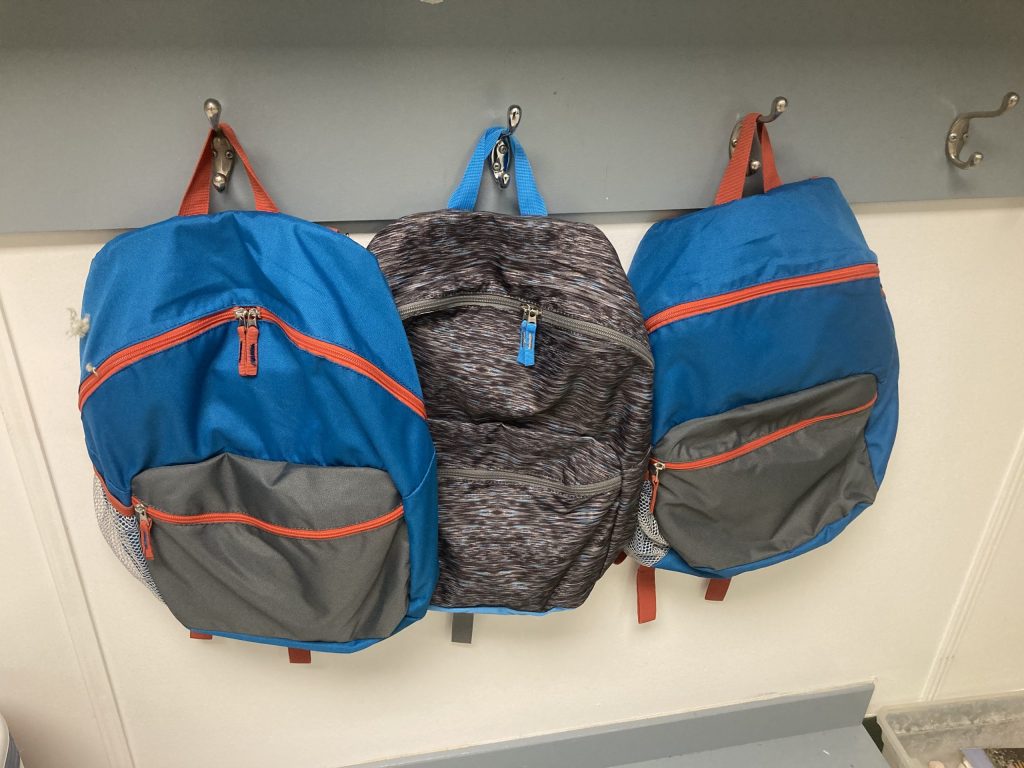 Back to school can be stressful, but United Way is here to support students and parents as they navigate their educational journey. While it may look like a simple care package, The Kid Kit is a powerful tool that helps families build stronger relationships while also guiding their child’s development. In turn, children are better prepared for the social aspects of starting school and can focus on academics. And we know that success in school can help kids stay in school until graduation, which helps to break the cycle of poverty.